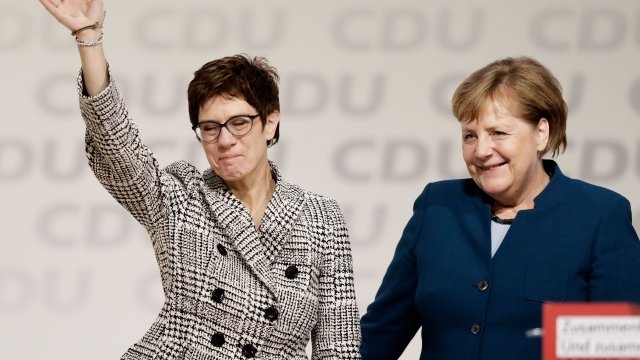 The election came weeks after Merkel announced she wouldn't run for re-election as party leader. She's been chair of the Christian Democratic Union for 18 years.

Kramp-Karrenbauer joined the party in 1981 and served as prime minister of the state of Saarland. Some have called her Merkel's protégé, Merkel 2.0 and even "mini-Merkel."

Her win as party leader leaves the door open for her to run for German chancellor in the future.

Merkel has said she will continue to serve as chancellor until the end of her term in 2021.