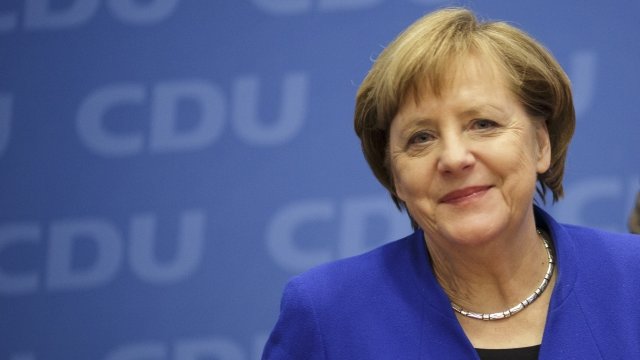 German Chancellor Angela Merkel announced she's stepping down from that role in 2021 when her term ends. She's held that position for more than a decade.

This comes the same day she announced she also won't run for re-election as party leader in December. She's been chair of the Christian Democratic Union for 18 years.

German regional elections held over the weekend showed losses for Merkel's ruling coalition in one of Germany's richest states.

The chancellor's center-right Christian Democratic Union and the center-left Social Democratic Party both lost about 10 percentage points of the vote in Hesse, compared to the last election in 2013. The CDU was still the largest party in the election.

It's unclear how or when the CDU is going to pick a successor. Usually, a successor is chosen during federal elections, the next of which are set to take place in 2021.