Zuckerberg Says He Only Offers Jobs To Those He'd Work For 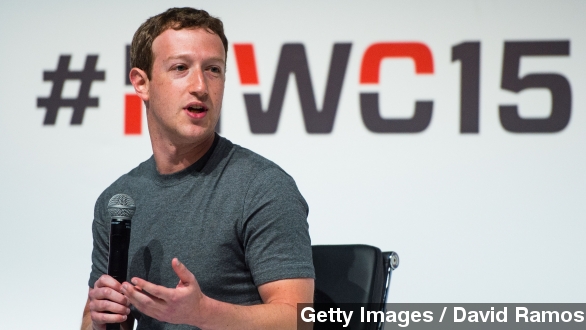 SMS
Zuckerberg Says He Only Offers Jobs To Those He'd Work For
By Cliff Judy
By Cliff Judy
March 5, 2015
Facebook CEO Mark Zuckerberg revealed the one question he asks himself before he'll hire someone. Essentially, what if he were not the boss?
SHOW TRANSCRIPT

He's built arguably the most influential social media giant in the world and is richer than most of us could ever dream of, yet the one question Mark Zuckerberg asks himself when hiring someone: Basically, what if he were not the boss?

The Facebook co-founder and CEO spoke at the Mobile World Congress in Barcelona this week. The mega-conference is one of the tech and telecom industries' largest exhibitions of the year.

Zuckerberg told the crowd: "I will only hire someone to work directly for me if I would work for that person. It's a pretty good test and I think this rule has served me well."

There you have it. If you want to work in the higher levels of Facebook, you have to be fairly impressive. We're guessing there's an element of you-can't-be-an-outright-jerk in there somewhere, too. (Video via Y Combinator)

Much of Zuckerberg's speech was about Facebook's Internet.org, an effort to bring emerging markets — in places like Africa — free access to some online apps. That effort has been somewhat controversial as telecom providers say Internet giants like Facebook and Google essentially piggyback and then profit off the telecoms' networks without having to build their own infrastructure.

But back to the hiring question — one Facebook exec roundly cited as passing Zuckerberg's test is Sheryl Sandberg, the former Google exec and industry leader who was considered a coup when Facebook hired her as chief operating officer in 2008. (Video via Harvard University)

But we'll just go ahead and say if you even get in the room where Zuckerberg is the one making your hiring decision, you've done well for yourself.