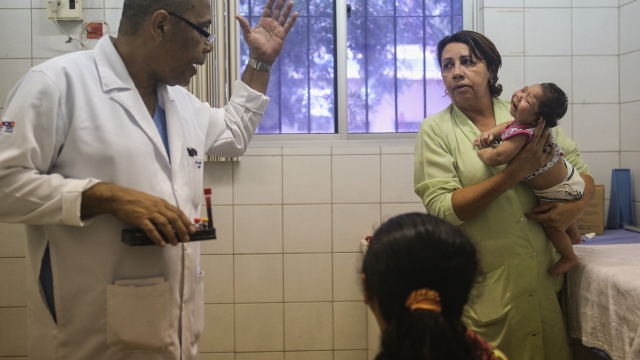 In light of the Zika virus outbreak, a group in Brazil plans to petition the country's Supreme Court to expand abortion laws.

Researchers suspect a link between the the birth defect microcephaly in infants and pregnant women with the virus.

"What we have at this moment, in this country, is a group of women who's in fear of getting pregnant and not knowing what will happen during the pregnancy," a law professor at Brasilia University told the BBC.

In Brazil, abortion is illegal except in cases of rape or to save a woman's life.

In 2012, another exception was added for a different birth defect that affects brain development – anencephaly. Most babies born with that condition die shortly after birth.

A law professor involved in the anencephaly case and also involved in the Zika petition said early detection of microcephaly and access to contraception are also concerns.

One 2010 study found about 1 in 5 women in urban Brazil had at least one abortion – despite criminal charges associated with abortion in the country.

According to the study, about half of those women had to be hospitalized afterwards, which has made the issue a public health concern in the country.

Some are concerned fear over the Zika virus could lead to more illegal abortions that jeopardize women's health.

This video includes images from Getty Images, Rodrigo Soldon / CC BY 2.0 and Senado Federal / CC BY 2.0.