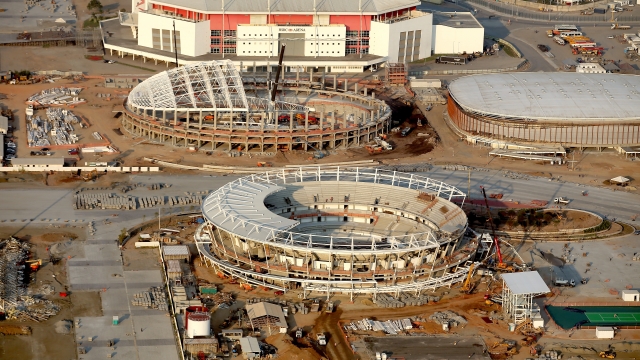 Hosting the Olympics is a tall order for any city, with a daunting number of venues and infrastructure requirements. But for Rio de Janeiro, preparation has been a disaster.

Part of the problem is the outbreak of the Zika virus, which has hit the region particularly hard. This sparked calls for the games to be postponed or moved.

And while the World Health Organization has said the situation isn't that bad, that hasn't stopped some athletes from skipping the games over Zika concerns.

Then there's the quality of Rio de Janeiro's water. Olympic organizers said the games would inspire the government to clean up the filthy bay that would host events like rowing and sailing.

"So what is in the water?" an ESPN reporter asked Mario Moscatelli, a local environmental activist.

But time has long since run out to make that a reality, and organizers have admitted it. This leaves athletes — on the biggest stage of their careers — scrambling to make sure they don't get dangerous infections.

And don't forget, Rio has more traditional issues regarding things like venue upkeep. For example, the Olympic cycling arena still isn't finished, which means no testing it out — the athletes will be the first to use the venue, hardly an ideal situation.

Of course, it's not like these sorts of issues have ever managed to put the Olympics on hold. Historically, the only thing that's ever stopped the games is a world war.

But other cities are taking notice of how the Rio games have been working out — or not working. The bidding process for the 2022 Winter Games saw several cities drop out, often because the public didn't want their city to host.