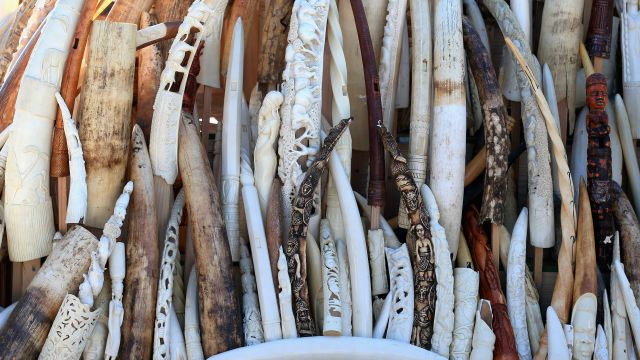 SMS
Yahoo Japan Accused Of 'Fueling Elephant Extinction' With Ivory Sales
By Katie Link
By Katie Link
January 26, 2016
Yahoo Japan sells a lot of ivory through its site, and now petitioners are calling for that to change.
SHOW TRANSCRIPT

Yahoo CEO Marissa Mayer can add another item to her to do list: figure out how to stay far, far away from Yahoo Japan. Turns out, some think the site has a hand in illegal elephant poaching.

An investigation by the Environmental Investigation Agency, or EIA, found that between 2012 and 2014, more than 12 tons of whole elephant tusks and ivory trinkets were sold through Yahoo Japan.

Wired points out the ivory trade would've brought in $7 million through sales on the site in 2014. Yahoo could take a small transaction and listing fee from that amount.

More than one million people have signed a petition urging Mayer and Yahoo Japan’s CEO to end the "deadly ivory trade" and stop "fueling elephant extinction."

The campaign director behind the petition, Bert Wander, told Gizmodo: "If you think how many tusks are required to make a ton, that’s an enormous amount of dead elephant. Yahoo is one of the only big Internet companies that allows this to go on."

But Yahoo isn't interested in taking any blame. The California-based company was quick to remind everyone that Yahoo Japan is a separate company, though it's an investor in the site.

A spokesperson said in a statement, "Yahoo Japan determines their own policies, and we refer you to the Yahoo Japan team for comment regarding their policies."

According to Wired, Yahoo Japan did comment on its policies, saying it only sells ivory from legal sources and reports and deletes all illegal listings of products.

Still, activists say more can be done. Wander said: "We won't let go. If we need to up the pressure, we will."