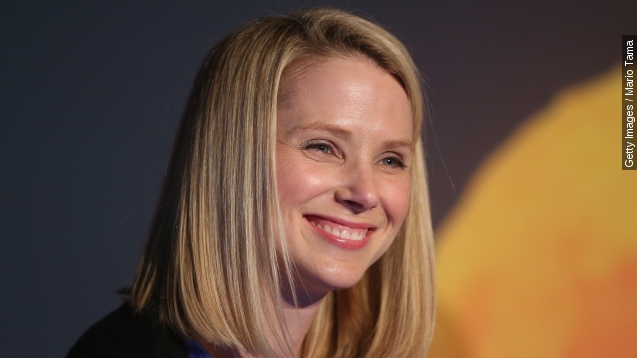 Mayer made the announcement on Twitter Thursday and said the "whole family is doing great."

Mayer and her husband announced they were expecting back in September, and Mayer said she would only be "taking a limited time away and working throughout" her pregnancy. (Video via Fortune)

This is similar to what Mayer did when her son was born in 2012, shortly after she took over the top job at Yahoo. (Video via World Economic Forum)

This is definitely a hectic time for Yahoo. The company just announced plans to spin off its core business, and some have questioned Mayer's leadership.