Write A Dirty Poem About Turkey's President And Win About $1,500 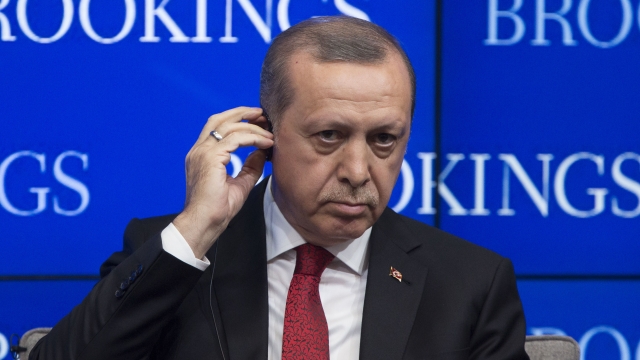 SMS
Write A Dirty Poem About Turkey's President And Win About $1,500
By Ben Lawson
By Ben Lawson
April 23, 2016
The contest is protesting Germany's decision to prosecute a comedian who read a satirical poem about Turkey's president on TV.
SHOW TRANSCRIPT

British magazine The Spectator is hosting a contest to find the most offensive poem about the Turkish president, and it's being funded by a generous reader.

The contest is a response to Germany's recent prosecution of a comedian who read an insulting poem about Erdogan on TV.

The country is charging him under an old, obscure law that prohibits defamation of foreign heads of state. If convicted, he could face up to five years in prison.

German Chancellor Angela Merkel says the policy will be abolished by 2018 but is still moving forward with the charges.

So The Spectator's contest is a form of protest against what it calls "blasphemy laws." The outlet wrote "the aim of the competition is to be as filthy and insulting as possible about Recep Erdogan."

The publication said it would announce winners by June 23.

This video includes clips from CCTV and ZDF and images from Getty Images.