World Leaders Sound Off About The Brexit 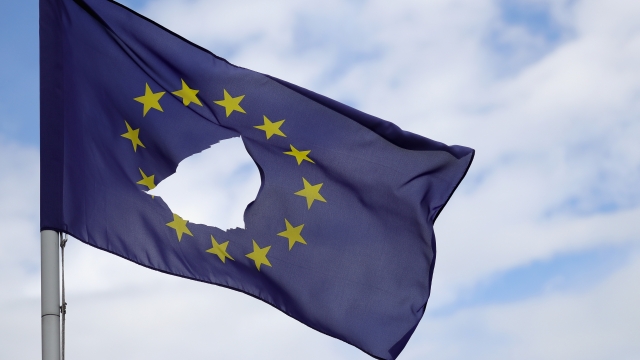 SMS
World Leaders Sound Off About The Brexit
By Melissa Prax
By Melissa Prax
June 24, 2016
How world leaders reacted to the news that the United Kingdom is leaving the European Union.
SHOW TRANSCRIPT

Here's how world leaders reacted to the Brexit:

"I do not think it would be right for me to try to be the captain that steers our country to its next destination," said British Prime Minister David Cameron.

French President Francois Hollande said, "The British decision is also demanding from us to become aware of deficiencies in the functioning of the EU."

President Barack Obama said, "The people of the United Kingdom have spoken, and we respect their decision."

Poland's Foreign Minister Witold Waszczykowski told Polskie Radio: "I can only give a sigh, so it's done. This is bad news for Europe, bad news for Poles."

"Hurrah for the British! Now it is our turn. Time for a Dutch referendum!" tweeted Geert Wilders, leader of the Dutch Freedom Party.

This video includes a clip from European Union and images from Getty Images.