Witnesses Say The Orlando Shooter Had Been To Pulse Nightclub Before 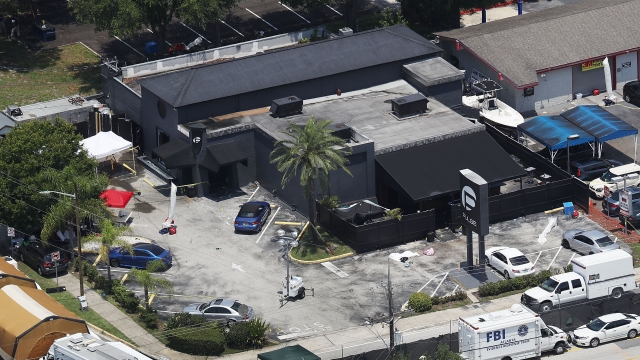 SMS
Witnesses Say The Orlando Shooter Had Been To Pulse Nightclub Before
By Briana Koeneman
By Briana Koeneman
June 14, 2016
Several people who frequent Pulse nightclub in Orlando say they had seen the suspect at the venue before Sunday's attack.
SHOW TRANSCRIPT

The gunman who police say killed at least 49 people at Pulse nightclub in Orlando was reportedly a regular at the venue.

According to the Orlando Sentinel, at least four people who regularly frequent the gay nightclub had seen Omar Mateen there before Sunday's attack.

One witness told the paper, "Sometimes he would go over in the corner and sit and drink by himself, and other times he would get so drunk he was loud and belligerent."

And even employees at Pulse seem to remember the suspect. A performer at the club told CNN he'd seen him at the club dozens of times.

He said in an interview with Anderson Cooper: "He was very friendly when we said hi. He didn't seem like the kind of guy who just did what he did. It makes no sense."

These reports came just hours after thousands gathered Monday in downtown Orlando for a vigil to honor the victims of the shooting.

"We will not be defined by the act of a cowardly hater. We will be defined by how we respond, how we treat each other," Mayor Buddy Dyer told the crowd.

President Obama is scheduled to travel to Orlando Thursday so he, too, can pay tribute to the victims. A motive for the shooting is still unclear.

This video includes clips from WFTV, CNN and The White House, and images from Getty Images.