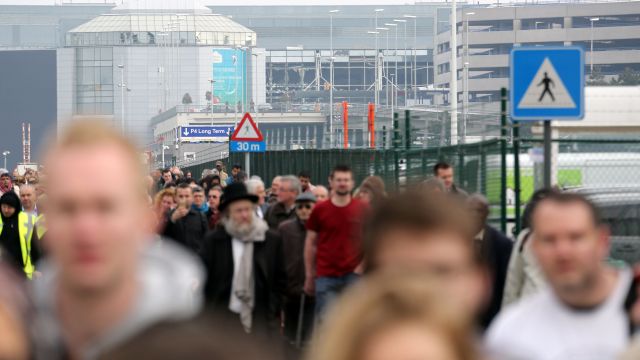 "I hear an explosion, and all the ceiling is coming down, and then I just go under the sink. Then, the second explosion went, and everything is black," one witness told NBC.

"Immediately, there was panic, so people were shouting and running around, and shortly after that a second explosion was there, which was, in my eyes, much more powerful than the first one," airport witness Jef Versele told CNN.

"'There was one gunshot after the first explosion,' said this witness. 'And there was one man speaking Arabic afterwards, and I heard boom — an enormous explosion,'" a BBC translator said.

"It wasn't very loud. We felt a small blast of air. ... But my ears did pop. Immediately, the metro stopped, the power shut off," one witness told France 24.

At least 34 people were killed in the attacks, according to local media.

This video includes clips from Sky News and images from General Directorate Crisis Centre in Brussels and Getty Images.