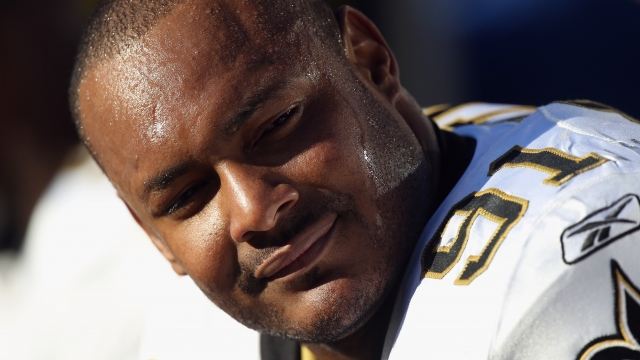 A witness says she saw former NFL player Will Smith with a gun in his hand before he was shot dead over the weekend, according to the defense attorney in the case.

"I cannot state what my witness told me she witnessed on that night right now because she fears for her life," defense attorney John Fuller said.

Defense attorney John Fuller told reporters on Wednesday the fact that Smith was seen with a gun means his client, Cardell Hayes, is "legally not guilty." Hayes was arrested and charged with second-degree murder shortly after Smith was killed late Saturday night.

But a lawyer representing the Smith family said earlier Wednesday at a separate press conference that Smith did have a gun in his car, though it wasn't removed from the vehicle or fired.

Police say Smith was driving with his wife when Hayes rear-ended his car. The crash reportedly sparked an altercation, and that's when authorities believe Hayes opened fire on the couple, killing Smith and wounding his wife.

At first, police reported recovering only one gun from the scene that belonged to Hayes. But investigators said Tuesday they discovered a revolver in the car Hayes was driving that night and a handgun inside Smith's SUV, bringing the total number of weapons in the investigation to three.

This video includes clips from WVUE, The Times-Picayune and images from Jeffrey Beall / CC BY SA 3.0, New Orleans Police Department and Getty Images.