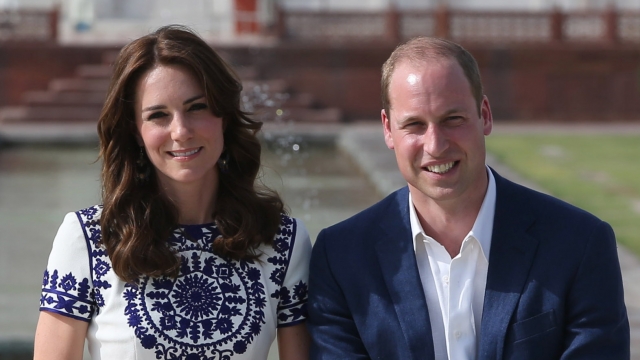 Prince William and Kate Middleton have recreated an iconic photo of William's mother, Princess Diana, at the Taj Mahal in India.

The photo of Diana showed her alone on a bench in front of the monument. Many say it was an early sign of trouble in her marriage to Prince Charles and the growing rift in the royal family.

The media is crafting the new photo at the Taj as a fresh narrative for the royals.

"She'd be glad to see that her son, in his marriage, has found that contentment that eluded her and Prince Charles," said Patrick Jephson, Diana's former chief of staff.

A spokesman for the Duke and Duchess of Cambridge initially acknowledged the significance of the spot. However, another representative walked back the connection saying, they took the took the photo at the spot because that's "what all visitors to the Taj Mahal do."

This was just the latest stop on the royal tour of India that's included meetings with Bollywood celebs, visits to the country's slums and a safari in a national park.