Why An LGBTQ Network Didn't Celebrate National Coming Out Day 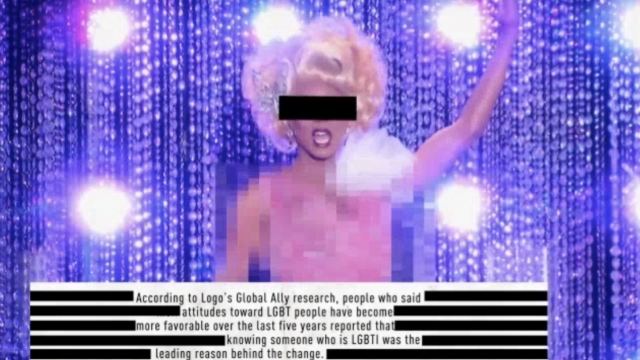 If you tuned into the Logo TV network on National Coming Out Day, your screen looked a lot like this.

It wasn't a glitch. The network, which airs content aimed at the LGBTQ community, purposefully censored episodes of "RuPaul's Drag Race."

Logo tweeted it created what it calls a "Day of Disruption" to stand in "solidarity w/ those who cannot live openly around the world."

By Logo's count, in 2016 there are still 72 countries where being gay is considered a criminal act.

The majority of those countries are in Africa and the Middle East, but the highest court in Belize — a Central American country — only just ruled its colonial-era sodomy law unconstitutional in August.

It seems like we're light years ahead in the U.S.

"I've always been adamant that gay and lesbian Americans should be treated fairly and equally," President Obama told ABC.

A sitting president endorsed same-sex marriage for the first time in 2013.

Thanks to the Supreme Court, gay marriage was made legal in all 50 states two years later.

And the Obama administration announced the historic Stonewall Inn in New York City would become the country's first national monument for LGBTQ rights.

But all of that doesn't necessarily mean being gay is widely accepted in the U.S. According to an LGBTQ think tank, 28 states don't have a state law protecting employees from discrimination based on their sexual orientation.