Why It's A Great Time To Attack 'The Media' 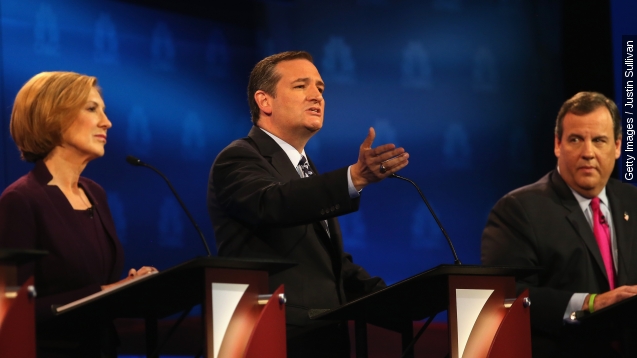 "The questions that have been asked so far in this debate illustrate why the American people don't trust the media," Sen. Ted Cruz said during the CNBC debate Wednesday.

Ted Cruz is right when he says the American people don't trust the media, and that's one reason GOP candidates have been on the offensive.

A Gallup poll from September showed trust in the mass media is at an all-time low, down 15 points from 1999.

"It's actually evidence of the bias that exists in the American media today. ... The Democrats have the ultimate super PAC. It's called the mainstream media," Sen. Marco Rubio argued during the debate.

One of the big factors in Americans' distrust of the media is the idea that it's biased.

"I can't think of a way Mitt Romney could possibly say something more damaging and more important to this campaign than what he's already said," Lawrence O'Donnell said on MSNBC.

But those are two outlets. The "mainstream media" as a whole is hard to define, and finding a monolithic bias in it, either way, is even harder.

That's because, as communications researchers have argued, the charges of bias are often more based in a viewer's ideology than whether a news report is actually skewed either way.