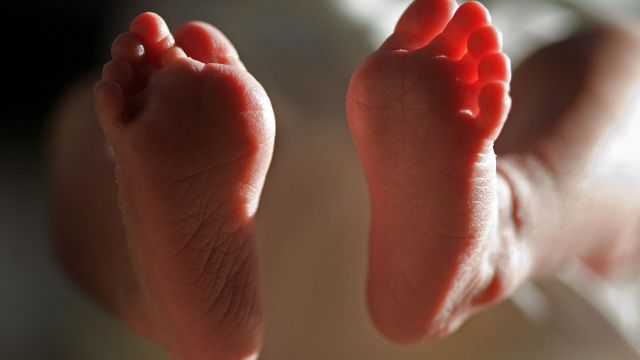 SMS
Why Fixing Racial Biases Starts With Babies
By Jamal Andress
By Jamal Andress
February 9, 2016
With so many working to fix racial bias in adults, we spoke with a neuroscience researcher who says we may need to focus our attention on kids.
SHOW TRANSCRIPT

What if instead of fighting racial bias as adults, we worked to prevent it from ever happening in the first place, with kids?

"These programs that occur later in development are good at interventions, kind of helping something that already exists. If we did it earlier, it'd be more of a prevention effort, stopping it from developing in the first place."

That's professor and researcher Eva Telzer. Her work on developmental psychology has been cited by media outlets all over the country. So we visited the University of Illinois at Urbana-Champaign to speak with her about two of her studies.

Telzer's work examines activity in the amygdala, a region of the brain that helps you feel certain emotions. It's been linked to fear, anxiety and other survival instincts. Telzer's work suggests the less diverse your environment is, the more likely you are to show increased amygdala activity when exposed to other races.

And while activity in the amygdala isn't inherently bad, "We can infer perhaps that one reason why there are racial biases ... is because the amygdala is becoming highly sensitive to race," Telzer says. "If your brain is responding differentially to different races, you might pause or think twice or have body language that may be interpreted in different ways."

To be clear, the implicit bias she's referring to isn't blatant racism.

"So Monday, I decided to go from Jose to Joe, and seven days later that's when the responses started rolling in."

It's more like passing up on Jose to give a job to Joe.

Researchers have found implicit biases result in longer sentences for people with more "Afrocentric" features regardless of the crime committed.

It's not enough to grow up in a diverse area — you have to interact with a diverse group of people for there to be any effect.

"The people you interact with on a daily basis — who your friends are — matters more," Telzer says. "So if you live in a racially diverse environment but all your peers are the same race, then that diversity doesn't matter."

And while diversity courses on college campuses and other programs for adults are great, research suggests that brain sensitivity to race develops much earlier.

"The earlier, the better," Telzer says. "Even infants start to show perceptual biases in how they process in- and out-groups. ... As you get older, you're more likely to show this response, but if you have high peer diversity, you won't necessarily show that increased amygdala response."

But here's an important note — while humans are not inherently prejudiced, we are inherently "groupist." So even those with the most racially diverse group of friends will find something to fight about.

"Just being a member of a group — even if that's the red team or the blue team — you show strong amygdala activation to your in-group relative to your out-group," Telzer says. "And that's just a meaningless group. We have this automatic tendency to orient and be drawn to the in-group at the expense of the out-group."

All that being said, if we as a society can make our "out-groups" center around sports teams and beer preference instead of racial groups, we might have a better shot at this whole peace and harmony thing.