Why Are There So Few New Antibiotics? 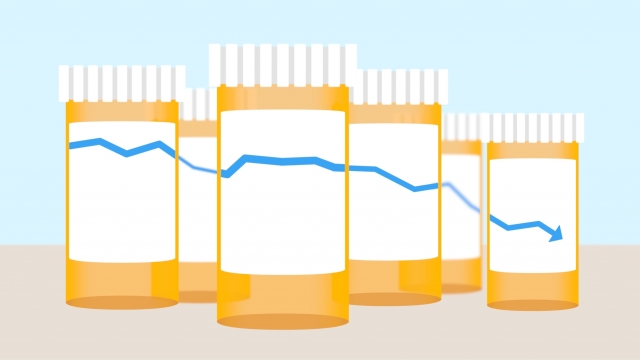 SMS
Why Are There So Few New Antibiotics?
By Steven Sparkman
By Steven Sparkman
February 4, 2016
More and more bacteria are becoming drug resistant, but few new antibiotics are being developed. What can be done to encourage new research?
SHOW TRANSCRIPT

For more than a decade, health experts have been warning us that antibiotics are becoming less and less effective. There's widespread fear that the world might revert to the era when common infections were fatal. (Video via Wexler Film Productions / "Hospital Sepsis")

"This is becoming so serious that I think we need to very carefully consider how we're going to behave in the next five years. ... Something has to be done now, and without something being done now, we'll have an epidemic of infectious disease deaths," oceanographer William Fenical said.

William Fenical of the Scripps Institution of Oceanography at the University of California, San Diego, searches the ocean for new compounds that can be turned into useful drugs.

His warning is the same one the Centers for Disease Control and Prevention and the World Health Organization have been making for years: that we have to quickly rebuild our antibiotic toolkit.

Drug resistance is an unavoidable arms race. When a drug kills all of the susceptible strains of a bacteria, the more resilient strains survive and spread. The process speeds up the more the drug is used.

Not overusing antibiotics is important, but so is finding new ones. So why has the development of new antibiotics slowed to a crawl?

"In about 1995, most of the American companies decided not to invest in antibiotics. And this was partly due to the fact that they were not able to discover brand-new compounds," Fenical said.

Antibiotics aren't big moneymakers: They're expensive to develop, patients only take them for a week or two and ideally, they're only used when absolutely necessary.

"Antibiotics, even today, are a couple dollars a pill, and this doesn't sustain the discovery and costly development process in industry," Fenical said.

But here's another, lesser-known reason so many companies stopped searching. (Video via Everett Kane, created for the journal Nature)

"It sounds like sort of an excuse, but antibiotic research is ridiculously hard," pharmaceutical researcher Derek Lowe said.

Derek Lowe is a researcher who says even when drug companies invest in finding new antibiotics, they usually come up empty-handed. (Video via GlaxoSmithKline)

Most antibiotics we have were discovered in nature: in plants, in fungi and in microbes in the soil. But after decades of scouring these sources, the odds of finding a new antibiotic are low.

"You will spend all your time and money reinventing the wheel, over and over and over ... because the low-hanging fruit has most definitely been harvested by now," Lowe said.

So how do you get around these problems? One way is to dangle more money in front of drug companies to make the effort worth their while. The GAIN Act in 2012 created new incentives for antibiotics research, like fast-tracking new drugs and giving companies exclusive rights for five more years. (Video via Everett Kane, created for the journal Nature, C-SPAN)

Since then, a few companies have taken up the search, but not many. The other solution is to look where we haven't looked before: unspoiled rainforests, caves and, like Fenical, the bottom of the ocean. (Video via Al Jazeera, Vice)

"The world's oceans represent our major remaining natural resource. ... The microorganisms in the ocean are different genetically; they tend to produce different kinds of molecules. ... So why would we be pessimistic about discovering antibiotics when we have such a massive resource remaining?" Fenical said.

This video includes images from Jeff Hasty Lab, UC San Diego, the National Institute of Allergy and Infectious Diseases, the U.S. Department of Agriculture and Ivo Ivov / CC BY ND 2.0.