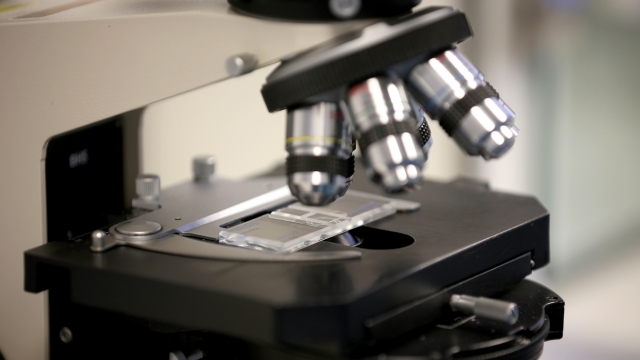 SMS
Here's Why Antibiotic Resistance Has Become A Problem
By Lindsey Pulse
By Lindsey Pulse
September 24, 2016
Antibiotic-resistant bacteria are now a universal health crisis, so the United Nations is searching for a fix.
SHOW TRANSCRIPT

Bacteria is a part of life. Some of it's good, and some of it's bad. But drug-resistant bacteria have become a universal health threat, so the United Nations is seeking a fix.

The U.N. hosted a rare meeting to address the public health problem — only the fourth such meeting since it was founded.

But more than one cause is to blame.

One of the main problems is the use of powerful antibiotics, especially in hospitals. Doctors prescribe the drugs when weaker antibiotics fail, and that's not always a good thing. Overusing those kinds of drugs can help bacteria develop a resistance.

Another issue is the amount of antibiotics in what people eat. Antibiotics are added to the food of cattle, chickens and other animals to prevent illness and increase the animals' weight, but the drugs can lead to humans contracting antibiotic-resistant diseases.

So, if drug-resistant bacteria is this much of a threat, what can we do to stop it?

For starters, we could increase research funding. Antibiotic development is incredibly expensive, and most drug-makers don't invest in it. So while older antibiotics become resistant, there aren't many new antibiotics to take their place.

Nature could also provide an answer. A recently discovered species of ant in the Amazon Rainforest uses bacteria to fight off unwanted fungi from their nests. Chemicals in that bacteria have shown promising antibiotic effects.

But research and development only address part of the problem. Ultimately, overuse of antibiotics in both the medical and food industries needs to be handled.

World leaders from 193 countries signed a U.N. declaration to help combat the growing health problem in the coming years, but the details of that agreement have yet to be released.