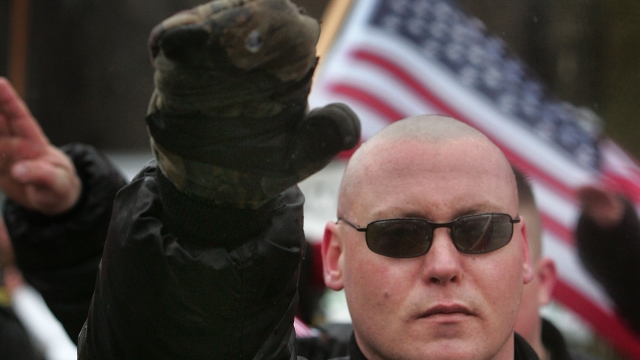 SMS
White Nationalists May Find A Home Under Trump Presidency
By Jake Jones
By Jake Jones
November 21, 2016
Alt-right and white nationalist sympathizers seem to have found a home under Donald Trump.
SHOW TRANSCRIPT

"America was, until this past generation, a white country designed for ourselves and our posterity," Richard B. Spencer said.

He made that remark at an alt-right conference in Washington, D.C., on Saturday.

Spencer is president and director of the National Policy Institute, which claims to be "dedicated to the heritage, identity and future of people of the European descent in the United States and around the world."

In other words, it's a white nationalist think tank.

Those who share this ideology flocked to Donald Trump during the Republican primary and general election. The president-elect has been criticized for not keeping his distance from the movement.

Steve Bannon, now the president-elect's chief strategist, used to be an executive at Breitbart News, which anti-hate groups have described as an alt-right and white nationalist media platform.

Similar white nationalist and anti-immigrant sentiments have been popping up around the world. The U.K.'s decision to leave the EU was partly influenced by a similar movement.

"It is our creation. It is our inheritance, and it belongs to us," Spencer said at the alt-right conference.