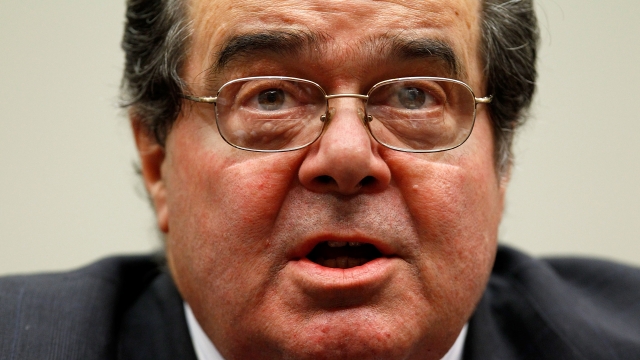 Late Supreme Court Justice Antonin Scalia will be laid to rest Saturday. But President Obama won't be there.

The White House confirmed Wednesday rather than attend his funeral, the president and first lady will instead pay their respects Friday when Scalia's body lies in repose in the Supreme Court's Great Hall.

The White House declined to say why Obama is skipping the funeral, but said Vice President Joe Biden and his wife, Jill, will be there.

The last justice to die was Chief Justice William Rehnquist in 2005. According to Politico, then-President George W. Bush attended his funeral and eulogized him.

Presidents skip funerals of justices more often than you'd think. NBC reports, "Four out of the past seven funerals for a Supreme Court justice have had either the president or vice president in attendance."

Filling Justice Scalia's spot on the bench has become a hot-button topic. Obama's administration has said it will nominate a new justice before the presidential election.

"There is more than enough time for the Senate to consider, in a thoughtful way, the record of a nominee I present and to make a decision," Obama said at a press conference.