When Radiohead Goes Silent, The World Suspects A New Album 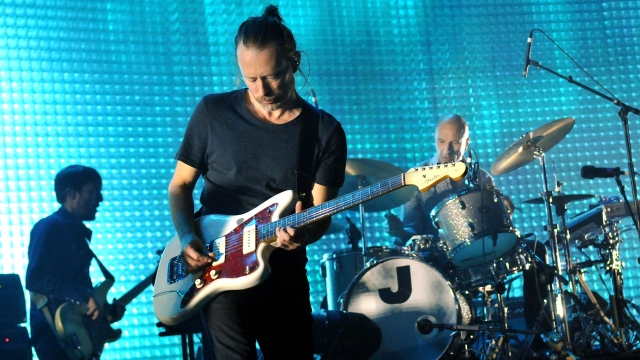 Radiohead is promoting a new album by not speaking at all.

At least that's what's being speculated after the English band wiped most of its internet presence clean. Starting Sunday, the band had no Facebook page, no Twitter, no Google+, no website. Nothing.

Their disappearance comes days after some British fans received mysterious leaflets in the mail reading, "Sing the song of sixpence that goes 'Burn the witch.'" Some fans are guessing "Burn the Witch" will be the new album's title.

The band has made unusual promotions a sort of pastime.

Days before their 2011 album, "The King of Limbs," dropped, frontman Thom Yorke handed out copies of Radiohead-themed newspapers at record stores.

And a recent solo project by Yorke was released on the file-sharing service BitTorrent.

Radiohead's manager has said the band's next album will come in June, but the band has released their work ahead of schedule before.

This video includes clips from XL Recordings / "Lotus Flower," Landgrab / "Brain in a Bottle" and Capitol Records / "Creep," and images from Getty Images.