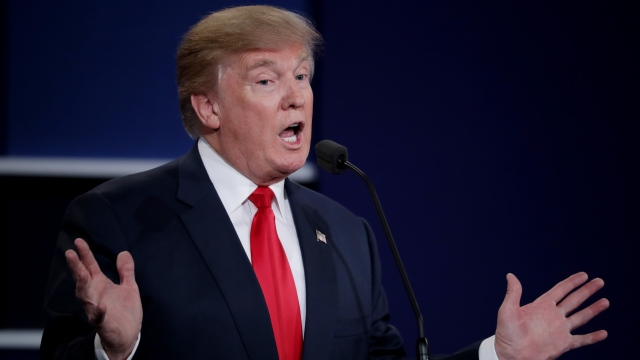 During the "fit to serve" portion of Wednesday night's debate, moderator Chris Wallace asked Donald Trump why numerous women have come forward now accusing him of groping and unwanted kissing.

"I think they want either fame or her campaign did it. And I think it's her campaign," Trump said of the Clinton campaign.

"He held a number of big rallies where he said that he could not possibly have done those things to those women because they were not attractive enough for — " Hillary Clinton said.

"I did not say that," Trump interjected.

"— them to be assaulted," Clinton continued.

This is what Trump said Thursday of the People magazine reporter who accused him of kissing her against her will:

This is what Trump said Friday of the woman who accused him of groping her on a plane in the 1980s:

Many of the women who have come forward said they did so after watching Trump deny that he actually did what he described in the now infamous 2005 "Access Hollywood" video.