What NASA Would Fund With Its Tiny $19B Wish List 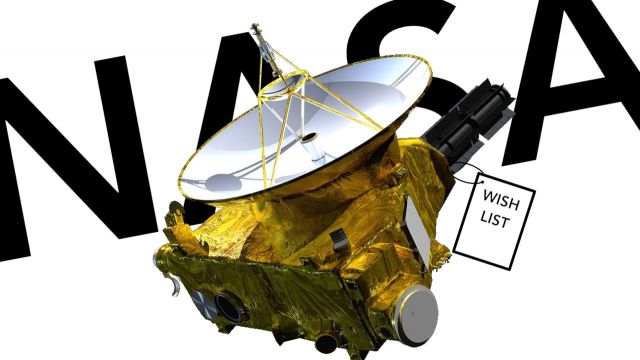 SMS
What NASA Would Fund With Its Tiny $19B Wish List
By Evan Thomas
By Evan Thomas
February 11, 2016
NASA stretches the annual allowance it gets from Congress a long way.
SHOW TRANSCRIPT

That's less than one half of 1 percent of the $4.2 trillion in projected U.S. spending next year.

That's more or less normal for NASA, for better or for worse. But before that number clears the tower, it has to clear Washington. Expect Congress to make more adjustments.

For science: $5.6 billion. This allocates funds for planetary and astrophysics missions, the upcoming James Webb Space Telescope and heliophysics.

NASA earmarks about $2 billion for Earth sciences, but expect the House science committee to knock this line item down. Its leadership has a history of resisting research into our climate.

For safety/security/compliance: $3.2 billion. It's just what it sounds like — to ensure safety and environmentally sound operations. Space travel is not perfect, and sometimes cleanup is needed.

All told it's less than the $19.3 billion NASA got for FY2016, but again — there's no telling what Congress might do with the final numbers.

This video includes clips from NASA, SpaceX and the House Committee on Space, Science and Technology.