What Does Hulk Hogan's Sex Tape Have To Do With Freedom Of The Press? 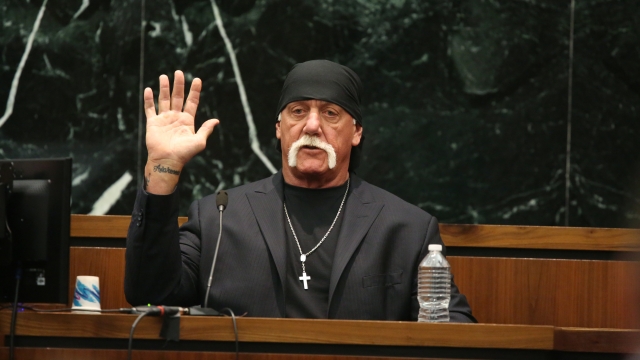 SMS
What Does Hulk Hogan's Sex Tape Have To Do With Freedom Of The Press?
By Samantha Crook
By Samantha Crook
March 14, 2016
The professional wrestling legend is still battling Gawker over a sex tape it posted to its website in 2012.
SHOW TRANSCRIPT

Freedom of the press took center stage in a $100 million lawsuit Monday.

Gawker published part of a sex tape of Hulk Hogan on its website in 2012. Hogan is suing the company, alleging invasion of privacy.

In court Monday, the media company argued publishing parts of the sex tape it obtained was "fair and accurate." Gawker's legal defense also tried to clarify controversial statements made about celebrity sex tapes and children.

In a deposition, a former Gawker editor was questioned about what kind of celebrity sex tape wouldn't be considered newsworthy.

"If they were a child," A.J. Daulerio said in a deposition.

"At what age?" he's questioned.

The former editor said the suggestion the site would publish graphic video of a child over the age of 4 wasn't meant to be taken seriously.

But the comment still might not have gone over well with jurors in the significant legal battle.

The outcome of the trial could set a precedent for how digital media outlets report on celebrities and how "newsworthiness" is defined when it comes to sexually explicit stories.

Gawker has argued it was fair to post part of the tape because Hogan is a public figure and has talked openly about his sex life in the past.

But Gawker's editorial direction has changed slightly, with a somewhat tamer bend since the controversy. And the company has taken the video down, but it left a written description on its website.