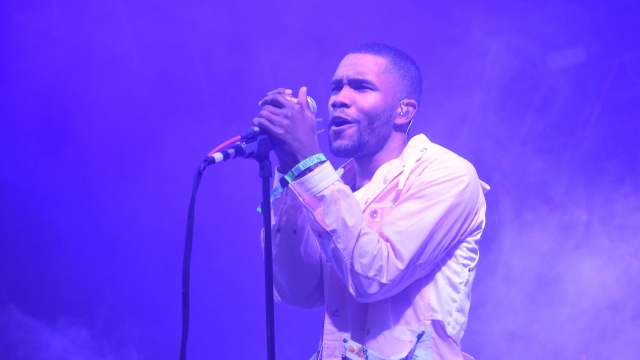 SMS
We're Not Getting Our Hopes Up For A New Frank Ocean Album
By Tyler Adkisson
By Tyler Adkisson
July 4, 2016
Frank Ocean teased listeners with a potential release date for his new album, but some outlets are going too far by confirming its July release.
SHOW TRANSCRIPT

You may have heard that Frank Ocean is dropping his new album, "Boys Don't Cry," at some point in July, but — like any story involving Ocean — the news should be taken with a grain of salt. Here's what we know.

On July 2, Ocean updated his website for the first time in nearly a year with a photo of a library card marked "Due Date," with the latest smudged stamp reading, "July 2016."

Although these signs point to the album's impending release, there's been no confirmation from Ocean's camp that he'll be dropping anything in July, let alone an album.

But there are some hints hidden in the library card.

After publishing the library slip image, Ocean's website then republished an old photo of the singer sitting next to a stack of magazines titled "Boys Don't Cry."

The republished image first appeared on Ocean's Tumblr on July 2 of 2015, a year to the day from his website's most recent update. The republished photo also displayed the photo's original caption: "I got two versions. I got twoooo versions. #ISSUE1 #ALBUM3 #JULY2015 #BOYSDONTCRY."

The republished photo of Frank does feature two versions of magazines titled "Boys Don't Cry," so it's possible he was alluding to different editions of the magazine.

But it's unclear which of Ocean's projects will be released first. His producer Malay told Pitchfork in March: "When he's ready, the world is gonna get it. It could be tomorrow … well not tomorrow but maybe a month."