We Probably Don't Need To Worry About A Solar Superflare 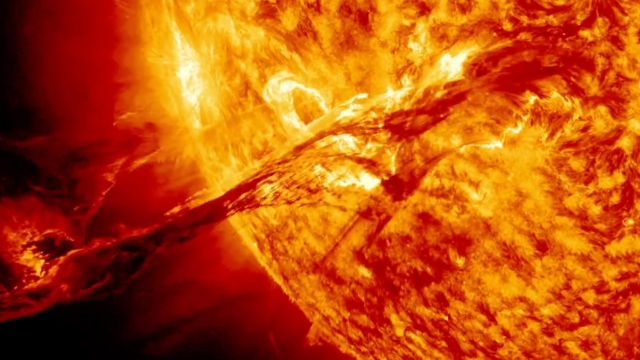 SMS
We Probably Don't Need To Worry About A Solar Superflare
By Evan Thomas
By Evan Thomas
March 24, 2016
The sun could release enough energy to cook Earth's electronics, but it's not very likely.
SHOW TRANSCRIPT

Solar flares are releases of magnetic energy from the sun's atmosphere. Sometimes — but not always — they bombard Earth with high-energy plasma. Superflares are the same principle, just bigger.

Researchers started cataloguing them with the Kepler space telescope a few years ago. They're easy to spot, even on distant stars, since they crank out about 10,000 times more energy than normal flares.

And in a new study published in Nature, researchers say the sun is capable of emitting a superflare of its own — even if that's unlikely.

Most superflares come from stars that are more magnetically active than our home star, but about 10 percent of the superflare examples researchers analyzed came from stars with similar or even weaker fields.

The closest thing we've ever seen to a superflare from the sun is probably the Carrington Event.

In 1859, the sun launched a flare so energetic it damaged Earth's ozone layer and set telegraph offices on fire.

Experts say a flare that powerful today could do billions of dollars in long-term damage to satellite networks and electrical transformers. Those aren't the sort of things we keep plenty of spares for.

And Carrington was a relatively weak example compared to the energies involved in superflares.

The good news, according to the researchers, is our solar activity records show these events only come along every millennium or so. What's more, we would probably see unprecedented sunspot activity beforehand, so at least we'd know it's coming.