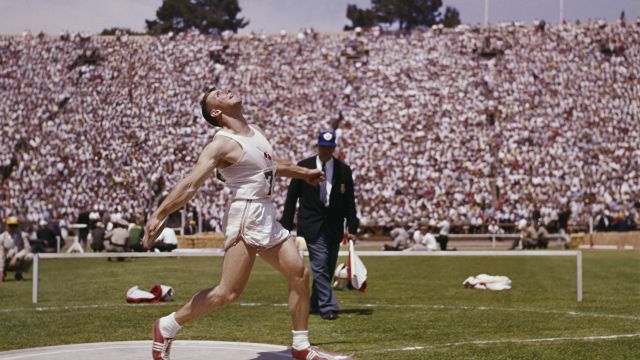 SMS
We Humans Are A Lot Faster And Stronger Than We Used To Be
By Jamal Andress
By Jamal Andress
July 19, 2016
At the Beijing Olympics in 2008, 25 new world records were set in the swimming competitions out of just 34 events.
SHOW TRANSCRIPT

That's because in general we are a lot faster and stronger than we used to be.

Take the discus for example: The first Olympic winner of the discus was the USA's Robert Garrett. Fast forward six decades, and another American, Al Oerter, was throwing nearly double the distance of Garrett. While the legendary thrower Oerter won gold four times in the discus (the most in history), his record for distance only stood for two Olympic Games. Fast forward to 2004, and the current Olympic record holder threw nearly 70 meters.

In swimming, records fall even more often. At the Beijing Olympics in 2008, 25 new world records were set in the swimming competitions out of just 34 events. Alain Bernard, who won gold in the 100-meter freestyle in '08, would have to wait 10 seconds for the 1952 gold medalist Clarke Scholes to catch up.

And while some Olympic records can stand the test of time, isn't it more exciting to watch them fall?

This video includes images from Getty Images. Music is courtesy of APM Music.