Watch Why UNICEF Had To Cut Its Social Experiment Short 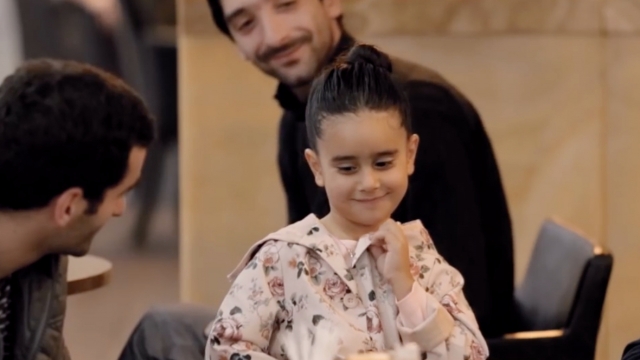 SMS
Watch Why UNICEF Had To Cut Its Social Experiment Short
By Melissa Prax
By Melissa Prax
June 29, 2016
A UNICEF experiment found that the way children dress affects how they're treated when alone on the street.
SHOW TRANSCRIPT

How is a child treated when alone on a street? It depends on what they're wearing.

"They were all telling me to go away," child actor Anano said.

UNICEF had a 6-year-old child actor pretend to be alone in Tbilisi, Georgia. What Anano was wearing determined how she was treated.

When she had on nice clothes, she was treated well. But when she was wearing worn clothes, it was the opposite. UNICEF had to stop the experiment after she got too upset.

According to UNICEF, over 420 million kids live in poverty, and it's not just an issue in underdeveloped countries.

One in four kids in poverty are in the world's richest countries — including the U.S.

The U.S. actually ranked near the bottom of most developed countries in terms of child poverty.

But poverty is improving. Twenty years ago, there were a billion more people in extreme poverty.

This video includes clips from UNICEF.