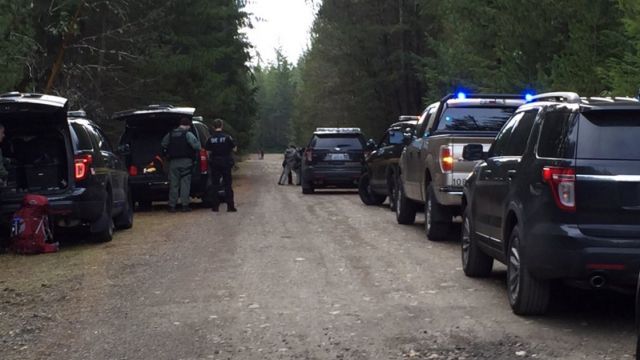 SMS
Washington Shooting Leaves 5 Dead, Including Gunman
By Matt Picht
By Matt Picht
February 26, 2016
Authorities say the shooter killed himself when confronted. The victims may include his wife and children.
SHOW TRANSCRIPT

A shooting in rural Washington has left five people, including the gunman, dead.

"We received a 911 call that this individual had shot four people and that he had a gun to his head," a sheriff's department spokesman said.

Initial reports said the suspect had shot four people, possibly including his wife and children, in a home near the town of Belfair. When confronted by deputies, authorities say, the suspected shooter killed himself.

A teenage girl was also found on the property; she had no serious injuries but was taken to the hospital as a precaution. Officials are still searching the property and have not released the names of the shooter or victims.

This video includes clips from KOMO and KIRO.