Watch Out, Amazon: Walmart Is Coming For You 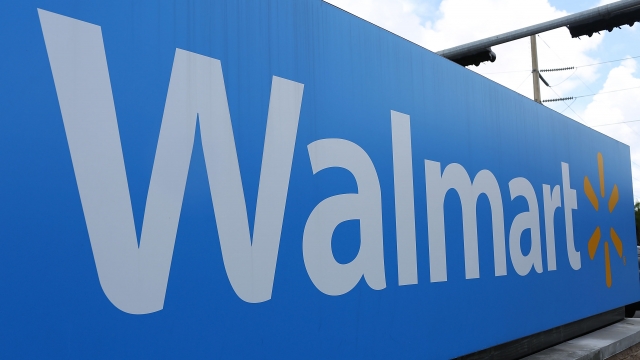 SMS
Watch Out, Amazon: Walmart Is Coming For You
By Lindsey Pulse
By Lindsey Pulse
August 8, 2016
Walmart is buying Jet.com for $3 billion in one of the largest e-commerce acquisitions ever.
SHOW TRANSCRIPT

The quest to stop Amazon from total domination continues — this time in the form of Walmart buying Jet.com.

Walmart announced Monday it agreed to pay around $3 billion for the online retailer. The deal also includes another $300 million in Walmart shares to be paid over time.

CNBC reports the deal is one of the largest acquisitions of an e-commerce company ever. Some speculate the purchase is an attempt to close ranks with Amazon, which currently dominates the e-commerce industry.

Jet.com was founded in 2014, and various outlets were quick to call it an "Amazon-killer." The retailer's prices are reportedly cheaper than Amazon's in some cases thanks to its "buy more, spend less" business model.

And Walmart could use the help. Forbes reports growth in the company's online sales have been sluggish in recent months.

The deal follows Amazon's unveiling of its first-ever branded cargo plane. The retailer says it plans to eventually lease even more planes from Atlas Air and the Air Transport Services Group to boost delivery speeds.

Walmart and Jet will still maintain their distinct brands throughout the acquisition.

This video includes clips from Walmart, Amazon and Jet.com and images from Getty Images. Music provided courtesy of APM Music.