Wal-Mart Is Taking Puerto Rico's Tax Hike To The Courts 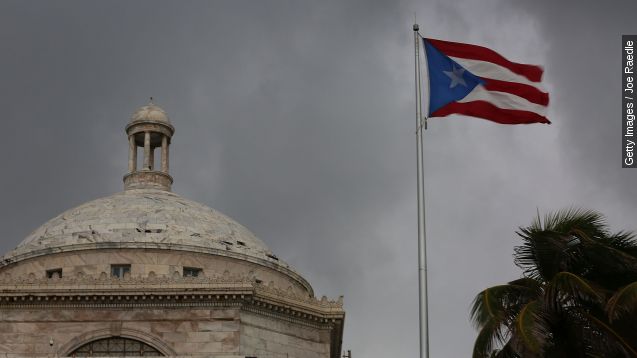 As if an economic "death spiral" wasn't bad enough, now Puerto Rico has another thing to worry about. Late last week, the government was slapped with a lawsuit from the island's biggest private employer over a tax dispute.

Wal-Mart operates 55 stores there and employs nearly 15,000 people on the island. The Arkansas-based company is angry about a tax hike it calls "onerous and unconstitutional." (Video via Wal-Mart)

Because of the tax increase, Wal-Mart estimates it will have to pay 91.5 percent of its net income in Puerto Rico in taxes. That's three times what it pays in taxes anywhere else.

Puerto Rico enacted the hike to help pay off its debts. The tax applies to goods imported from offshore affiliates to local companies that make more than $2.75 billion.

So that applies to Wal-Mart and ... Wal-Mart. The company feels pretty singled out. According to Forbes, Wal-Mart is the only entity on the island to face such a high tax.

No huge surprise: The company said it will "reconsider its operations" if the situation there doesn't change.

But isolating a large employer probably isn't the best move for the Puerto Rican government right now. The island is out of cash and has asked the U.S. Supreme Court to review a debt-restructuring law to allow it to apply for bankruptcy.

The island's unemployment rate is around 12.4 percent, so keeping 15,000 people in those Wal-Mart uniforms may be vital enough to reverse the tax. For now, it's up to a district judge to decide.