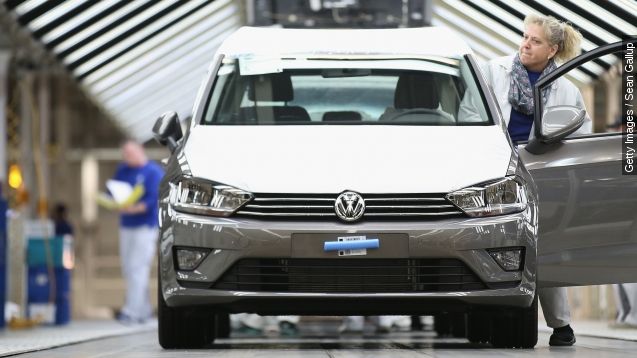 It hasn't been a great few months for Volkswagen. After the emissions scandal, sales plummeted — and most of that financial damage is from September on.

Last fall, Volkswagen admitted to cheating emissions tests by making its diesel vehicles emit far less carbon dioxide in the tests than they would in everyday use. (Video via CCTV)

The German car company's worldwide sales dropped 4.8 percent — the first time it didn't set a sales record in over a decade. This means the company sold about 300,000 fewer cars in 2015 than it did in 2014. (Video via Volkswagen)

Before the emissions scandal, Volkswagen rivaled Toyota as the world's best-selling carmaker. The company even announced it had passed Toyota in sales for the first half of 2015. (Videos via Volkswagen, Toyota)

Despite Volkswagen telling customers it would fix the problems, the Department of Justice filed a complaint Monday for the company's violation of the Clean Air Act. (Video via CNN)