Volkswagen's Recall Costs Could Mean Bad News For Its Future 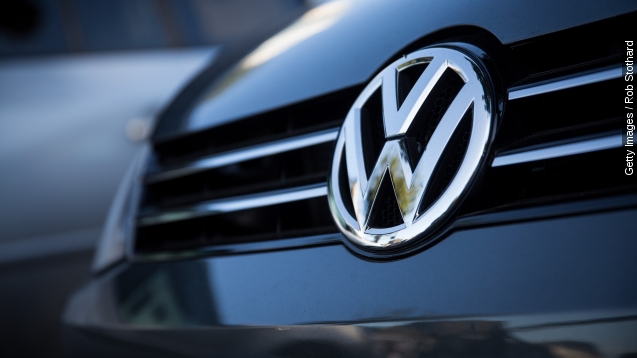 SMS
Volkswagen's Recall Costs Could Mean Bad News For Its Future
By Ben Lawson
By Ben Lawson
October 7, 2015
It could be years before Volkswagen recovers financially from the emissions scandal.
SHOW TRANSCRIPT

Volkswagen's shares got a reprieve from the beating they had been taking since the company was outed for cheating emissions tests.

The uptick came on the heels of VW announcing a recall for the 11 million affected cars will be issued in January. (Video via Volkswagen)

Volkswagen has been in the hot seat ever since it admitted to installing software in its diesel vehicles that let the vehicle perform better on an emissions test than it does in real-world conditions. (Video via Volkswagen)

In addition to the heaps of PR damage, the automaker will also likely face fines in the U.S. and other countries throughout the world.

That's on top of the $7.3 billion the company estimates the recall would cost.

And the company's new CEO, Matthias Müller, has warned employees they should start bracing for damage soon. He reportedly said massive job cuts are on the way. (Video via Volkswagen)

If the company ever fully recovers from the scandal, analysts say it to won't happen anytime soon.

It's drawing comparisons to BP. That oil and gas company's stock price still hasn't recovered to the rates from before the disastrous oil spill in the Gulf of Mexico in 2010.