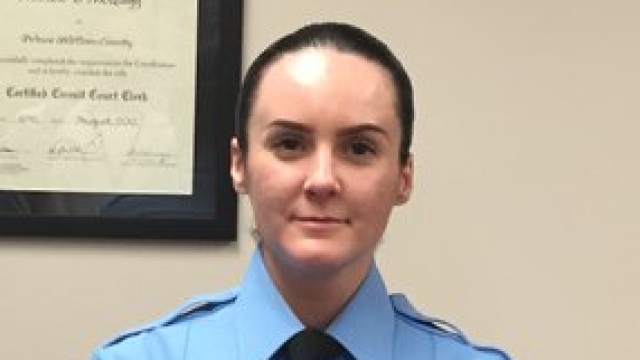 SMS
Virginia Police Officer Killed In The Line Of Duty On Her First Day
By Ethan Weston
By Ethan Weston
February 28, 2016
Ashley Guindon was killed Saturday while reporting to the scene of a domestic incident. It was her first day on duty.
SHOW TRANSCRIPT

A Virginia police officer was shot and killed during her first shift on the job.

Ashley Guindon and two other officers were responding to a domestic incident Saturday evening. The other two officers sustained non-life-threatening injuries.

Ronald Williams Hamilton, an active-duty Army staff sergeant, has been arrested and is accused of killing his wife as well as Guindon. Hamilton currently works at the Pentagon, a spokeswoman told NBC News.

Guindon is only the second officer killed feloniously in the line of duty in the county in nearly 50 years.

Guindon served in the U.S. Marine Corps Reserve and was sworn in to the Prince William County Police Department on Friday.