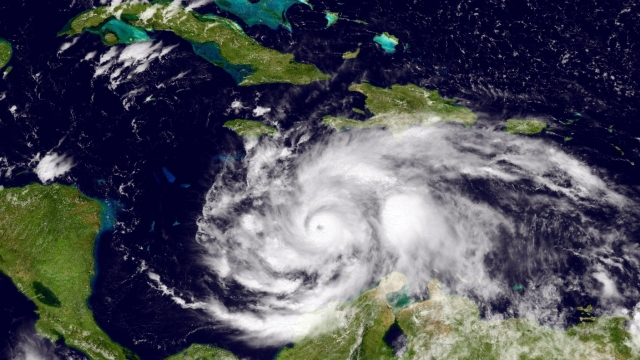 Hurricane Matthew is barreling toward Jamaica, Cuba and Haiti.

And experts are warning residents to prepare for the worst.

"Matthew, which peaked at 160-mile-per-hour winds, is now a violent Category 4 hurricane," an NBC reporter said.

"People here are getting ready for winds of around 150 miles per hour and up to 64 centimeters of rain, which could trigger life-threatening landslides and floods," a BBC reporter said.

Matthew is expected to hit Haiti starting Monday, and it will set its sights on eastern Cuba and Jamaica not too long after.

And when it makes landfall, the storm is expected to dump dozens on inches of rain on all three islands, which meteorologists warn could produce dangerous flash floods and mudslides.

Matthew is an imminent threat to any area in its path. But a direct hit on Haiti could be especially disastrous.

The country's infrastructure is still incredibly weak, thanks to the earthquake that struck there in 2010, killing hundreds of thousands of people.

In Cuba, the U.S. government is airlifting hundreds of people from its naval base at Guantanamo Bay as the storm inches closer and closer to land.

And the U.S. State Department is urging any Americans currently in Haiti to leave as soon as possible.

It's still unclear if Matthew will directly strike the U.S. Forecasters say they are closely monitoring the storm, and states like Florida are already preparing for any destruction it might bring.