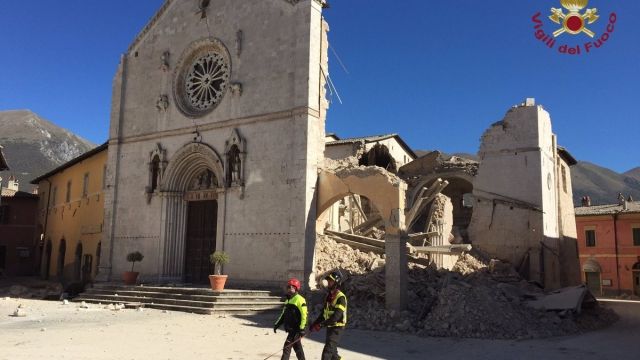 An earthquake of at least a 6.5 magnitude hit central Italy on Sunday. It's believed to be one of the most violent earthquakes the country has seen in decades.

The quake's epicenter was near the small town of Norcia, but it was felt hundreds of miles to the north and south.

As of Sunday morning, no deaths had been reported, but search and rescue teams were ready.

Many towns in central Italy had already been evacuated after back-to-back earthquakes hit the area the week before.

Those two earthquakes were powerful aftershocks that followed the 6.2 magnitude quake that hit Amatrice in August and killed almost 300 people.

Sunday's earthquake caused more damage to Amatrice and other cities recovering from recent tremors. At least one town had 90 percent of its housing destroyed, and the quakes have left thousands of people across the country homeless.