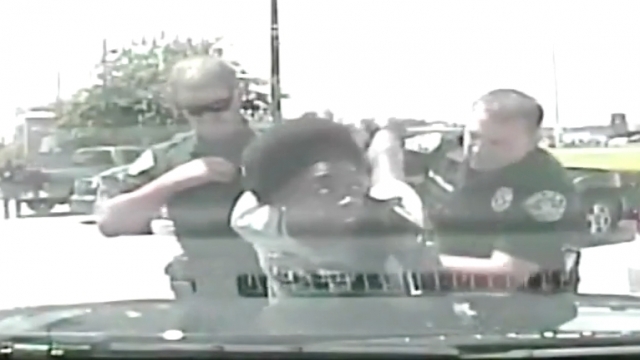 SMS
Victim Of Police Violence And Police Chief Agree There's A Problem
By Eugene Daniels
By Eugene Daniels
July 22, 2016
The conversation between Breaion King and an officer about race provides insight into why some black people distrust police.
SHOW TRANSCRIPT

Officials in Austin are investigating a violent arrest, which stemmed from a traffic stop for speeding.

The Austin Police Department released dashcam footage of the arrest of Breaion King, a Texas teacher. It shows an officer slamming King to the ground.

The violent arrest isn't the only thing that concerns people.

"Let me ask you this: Why are so many people afraid of black people?" an officer asked King.

"That's what I want to figure out," King said.

"I can give you a really good idea why it might be that way," he said. "Violent tendencies."

The Austin police chief has rebuked the officer's behavior.

"For those that think life is perfect for people of color, I want you to listen to that conversation and tell me we don't have social issues in this nation," Chief Art Acevedo said in a press conference.

As for King — she sees this as a teaching moment.

"I wanted to understand the point of view the officer was coming from. What is it I need to do, what do we need to do as a community to make sure that we change these things in a positive way," King told KXAN.