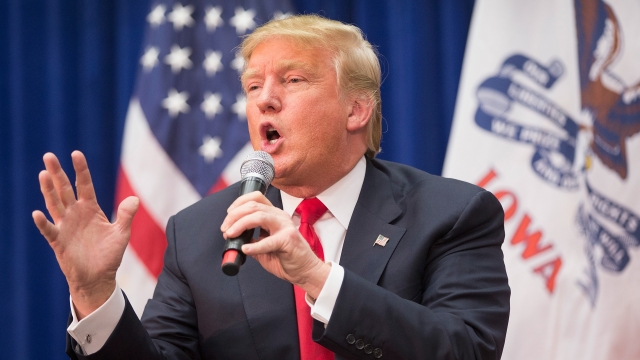 Donald Trump says he loves veterans, but the feeling doesn't always seem to be mutual. After Trump dropped out of Thursday night's Fox News debate, he announced he'd host an event at the same time with all proceeds going to veterans and Wounded Warriors. (Video via Donald J. Trump for President)

And some vets don't like the idea. The founder of Iraq and Afghanistan Veterans of America tweeted, "If offered, @IAVA will decline donations from Trump's event. We need strong policies from candidates, not to be used for political stunts." (Video via IAVA)

The chairman of VoteVets.org was more pointed, saying Trump was "a loser, ... a third-rate politician, who clearly doesn't understand issues, and is so scared of Megyn Kelly exposing it, that you're looking to use veterans to protect you from facing her questions."

Trump has had a rocky relationship with veterans after he made comments about Sen. John McCain, saying he wasn't a hero because he was captured during the Vietnam War.

"I like people that weren't captured, OK. I hate to tell you," Trump said in an interview.

Trump's camp created a website Thursday with a promise that 100 percent of donations "will go directly to Veterans needs," but first the money will go through his foundation.