Venice Locals Are Dressing Like Pirates To Protest Cruise Ships 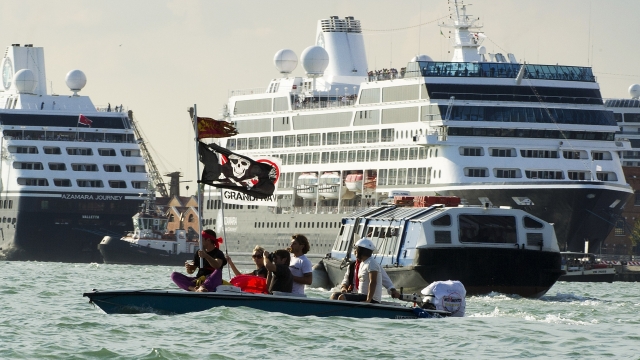 Protesters in Venice, Italy, are dressing like pirates and confronting cruise ships passing through the city's famous lagoon.

And it's all part of an effort to save it from environmental damage.

At least 1,000 demonstrators of all ages and political parties gathered at the lagoon Monday armed with flags, flares and pirate gear.

The protest was peaceful, and attendees said it was more like a party.

But the message was serious: "No grandi navi," or "no big ships."

SEE MORE: This Cruise Ship Is So Large, It Could House An Entire Town

"They are destroying this city that is unique in this world," a protester told The Telegraph.

Venice has become a very popular destination for cruise ships. About 600 of them pass through the city every year.

But environmentalists say the ships are destroying Venice's fragile foundations.

The United Nations even threatened to place the city on UNESCO's list of endangered heritage sites if Italy doesn't ban cruise ships in Venice by 2017.

Venice tried to ban the biggest boats and limit the number of smaller ships allowed to enter the canal each day. But that legislation was overturned in 2015.