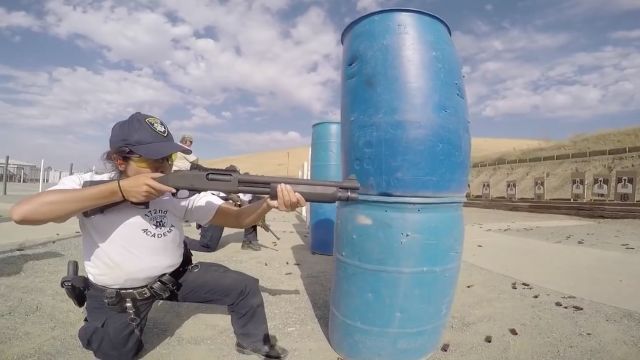 SMS
Use-Of-Force Training Is Vital; Why Aren't Police Doing It More Often?
By Jamal Andress
By Jamal Andress
June 2, 2016
SWAT officers spend 25 percent of their time in training, but most patrol officers train with their weapons an estimated one to six times per year.
SHOW TRANSCRIPT

"The biggest point is, one: Is the training simulated to reproduce that stress, and is it ongoing?" former St. Louis Daniel Isom said.

After the events in Ferguson, policing and police training is more scrutinized than ever. Daniel Isom spent 24 years with the St. Louis Police Department, including four years as chief of police.

"Take sports as a way of looking at this: If you're a baseball player, you need to get into the batting cage on a regular basis to keep that skill proficient, right? ... You would not think that a baseball player would only once or twice a year get in the cage and swing a bat," Isom said.

He says the big problem with police training is a simple one.

"Resources and time. ... SWAT officers ... 25 percent of their time is just dedicated to training. Because they need to be tactically sound," Isom said.

On the other hand, your average patrol officer trains with his or her weapon a fraction of that time. We found estimates ranging from one to six times a year, but certainly nowhere close to 10 hours a week.

"Even if you have to use some kind of control mechanism, those are things that you need to practice on a regular basis. ... So while that all sounds good, it takes time, it takes money, it takes resources," Isom said.

What doesn't require as much money or as many resources but seems to be just as difficult is community policing — a practice Isom says he hopes he'll see more of in the future.

"I think for so many years, it's been defined as a program — walking the beat, riding on a bike, or some kind of police athletic league program. While all of those are very important, I don't believe it hits to the core of what we believe community policing to be, which is a partnership with the police department and the community to resolve crimes," he said.

Currently, police training in large part is focused on the actual practice of being a police officer — how do you arrest someone, how do you drive a patrol car, how do you shoot a weapon, etc.

"I do think that culturally and within the profession there is a move toward what I call more executive skills — you know, communication, interpersonal relationship skills, trying to understand different communities and the characteristics of different communities. ... I do think that it's more of a behaviorally centered type of curriculum and training that is trying to be introduced, a more community-centered, but it's a long ways to go," Isom said.

This video includes clips from The Seattle Times and the Oakland Police Department. Music is courtesy of APM Music.