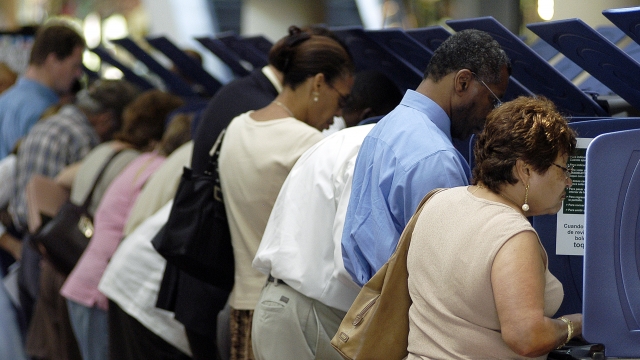 SMS
Investigators Think Russian Hackers Were Behind Florida Cyberattacks
By Ryan Biek
By Ryan Biek
October 13, 2016
The hacks were first discovered in early October, and officials say the personal data of some Florida voters could now be public.
SHOW TRANSCRIPT

Federal investigators have accused Russian hackers of carrying out recent cyberattacks against a private contractor working with Florida's election system.

The hacks were first discovered near the start of October, and officials worry the personal data of some Florida voters is now public.

Florida isn't the only state that's been targeted. Russian hackers were already believed to be behind attempted hacks on voter registration systems in Illinois and Arizona.

According to the Department of Homeland Security, most of the election-system hacks have been traced back to a Russian company's servers.

At the beginning of October, FBI James Comey said the agency was trying to figure out "just what mischief is Russia up to in connection with our election."

And last week, the agency formally blamed the Russian government for interfering with the U.S. election.

At this point, it's hard to keep track of all the alleged Russian hacks.

U.S. officials have also accused the Russian government of stealing thousands of emails from the Democratic National Committee and publishing them on various sites, including WikiLeaks.

But Russia continues to deny any involvement. The country's foreign minister told CNN, "We have not seen a single fact, a single proof."

Russian President Vladimir Putin claims the accusations divert attention away from the information being released in the hacks and said interfering with the U.S. election wouldn't serve Russia's interests.

On Tuesday, the White House press secretary said Russia has tried to "destabilize democracies" before and that "it is unlikely that our response will be announced in advance."