The US Isn't Leading The Race For Women In Politics 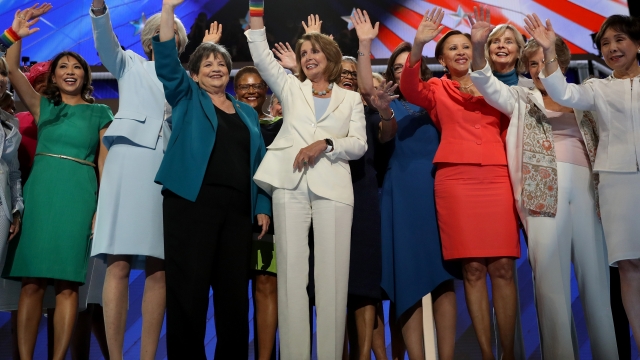 SMS
The US Isn't Leading The Race For Women In Politics
By Melissa Prax
By Melissa Prax
September 3, 2016
Women's representation in politics worldwide isn't great, but the U.S. is far behind that.
SHOW TRANSCRIPT

Women around the world are crushing it in politics, but they're still far outnumbered by men — including in the U.S.

The average of female lawmakers at the national level worldwide is 22.1 percent, and the Inter-Parliamentary Union found that's been going up.

SEE MORE: Women Are Taking Over The World

The U.S. is also trailing several low-income countries and some Middle Eastern countries, like Iraq, Afghanistan and Saudi Arabia.

Of course, just because women might be represented at a national level doesn't mean a country has a higher gender equality or is better for women's rights.

But here's why these numbers need to improve. Studies show women bring more attention to issues like education and infrastructure. Plus, research suggests they're better at resolving political conflicts through peace.

And if it wasn't already obvious, without women in politics, almost half of the population simply isn't represented.