US And Russia Agree To Cease-Fire Deal In Syria 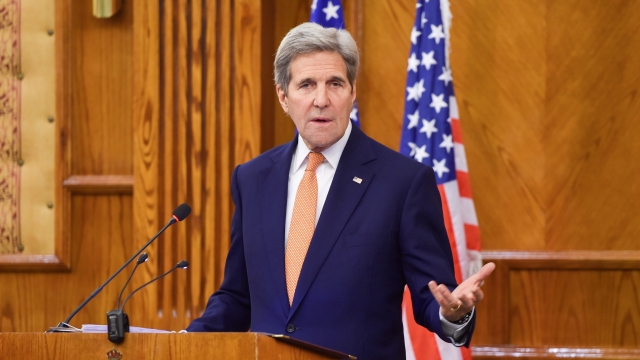 SMS
US And Russia Agree To Cease-Fire Deal In Syria
By Jake Godin
By Jake Godin
February 22, 2016
The U.S. and Russia have agreed on a cease-fire in Syria. Now it just needs to be implemented.
SHOW TRANSCRIPT

This video includes music from MADS / CC BY 3.0 and clips from the Russian Ministry of Defence, U.S. Department of State, Division 13, National Defense Forces and Sky News.