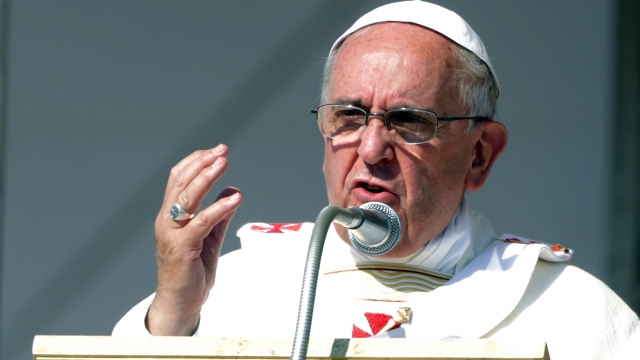 Pope Francis once again went off-script at a public appearance. This time, he referred to the massacre of 1.5 million Armenians by the Ottoman Turks as a "genocide."

Armenians and historians consider the 1915 World War I massacre in Turkey a "genocide," but the Turks refuse to use the term.

The pope was speaking at the Armenian presidential palace when he firmly used the word. He elaborated it was "made possible by twisted racial, ideological or religious aims that darkened the minds of the tormentors even to the point of planning the annihilation of entire peoples."

The pope has called the incident a genocide before, and the last time he did, Turkey angrily pulled its ambassador from the Vatican for about 10 months.

The pope is certainly not afraid to speak his mind, but that has earned him just as much criticism as praise.

Just last week, he said many people don't seem to understand that marriage is a lifetime commitment. Some saw this is a criticism that modern marriage isn't taken seriously.

He also said the Catholic Church's ban on birth control doesn't mean people should "be like rabbits." He advised they practice "responsible parenthood."

This video includes clips from Vatican and images from Getty Images, Aurora Mardiganian and American Committee for Relief in the Near East.