Military Exercises Don't Have Any Effect On North Korea's Aggression 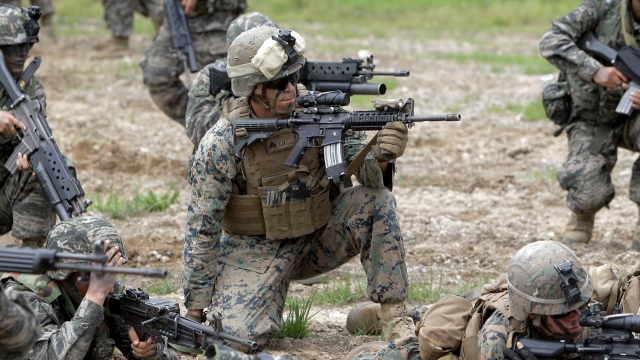 Another military exercise with the South, more threats from the North.

The U.S. and South Korea recently began one of their annual joint military exercises, and even though both countries have insisted their militaries will only practice defensive maneuvers, North Korea has called the drills a rehearsal for an invasion.

Using data from 2005 to 2016, researchers found that how good or bad diplomatic relations between North Korea and the U.S. are one to two months before the drills correlates much better with how North Korea responds.

The only caveat to this is who was in charge of the North. While recent years still show more positive response to the drills when North Korean and U.S. relations are good, researchers say North Korea's current leader, Kim Jong-un, is more likely than his father was to respond with hostile acts.

From 2005 to 2008, under Kim Jong-il, North Korea committed an average of 2.5 aggressive acts each year. Once Kim Jong-un came to power, there's been an average of 8.9 provocations (such as missile and nuclear tests) each year.