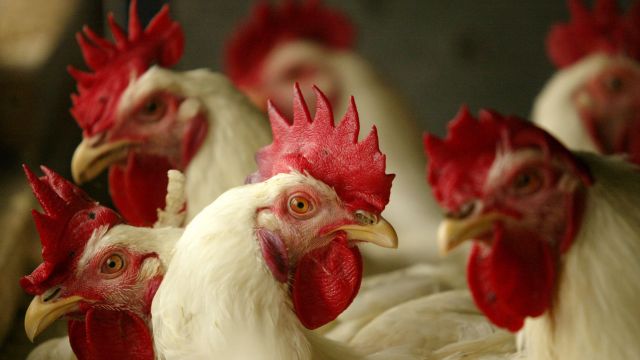 Tyson Foods has fired employees, changed its policies and pledged to re-train its workers after an undercover video captured scenes of graphic animal cruelty.

The footage, secretly captured by animal rights group Compassion Over Killing, shows workers at a Tyson chicken breeding farm hitting, punching and throwing chickens. One clip captures a supervisor suffocating a chicken by standing on its head.

The supervisor told the undercover worker: "Can't let nobody see you do that. ... It's inhumane, standing on his head and letting him suffocate. They'll take you to court for that."

Tyson responded to the video by firing 10 members of the crew captured in the footage and says it will cooperate with authorities over any animal cruelty charges. It also promised to re-emphasize the importance of animal welfare to its employees.

Compassion Over Killing's video also documents the practice of "boning," or piercing part of a young male bird's nostrils to limit their food consumption. Tyson says it's phased the practice out at all but two locations, and those locations have been ordered to stop as well.

Christine Daugherty, vice president of sustainable food production for Tyson Foods, told Compassion Over Killing: "Animals in our care deserve to be treated humanely. It's our responsibility to ensure that everyone who works for our company behaves properly. Our management team is dedicated to continue fostering a culture of proper animal handling."

The largest chicken processor in the world, Tyson has been targeted numerous times by undercover activists. The company fired two workers last year after a similar video of animal abuse was released.