Two Antivirus Programs On One Computer Is One Too Many 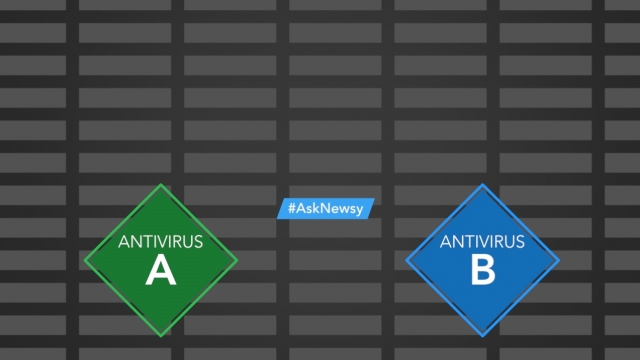 SMS
Two Antivirus Programs On One Computer Is One Too Many
By Leah Becerra
By Leah Becerra
February 20, 2016
The two programs might actually fight each other.
SHOW TRANSCRIPT

Here's a question: Are two antivirus programs better than one?

Absolutely not. Sometimes, two things can be better than one, but this is not one of those times.

Most antivirus programs usually do a few things to help protect your system. For instance, they're designed to quarantine any malicious programs or viruses they find.

When two programs are installed on a computer, one of the antiviruses will end up isolating viruses, just like it's supposed to. But then the other antivirus could start throwing false positives during its scans because it's detecting the virus in the other program's quarantine.

Another thing they do is scan for suspicious programs. If your computer is running two antivirus programs, they can detect one another and basically start trying to shut the other one down.

There's also a hardware side effect of having two antivirus programs: poor battery life. And this should be kind of obvious because the more programs you have running, the more power you'll need to run them.

That's right. The life of your 10-hour lithium-ion battery will be shortened — all because of those two antivirus programs on your computer.

This video includes a clip from Kaspersky Lab.