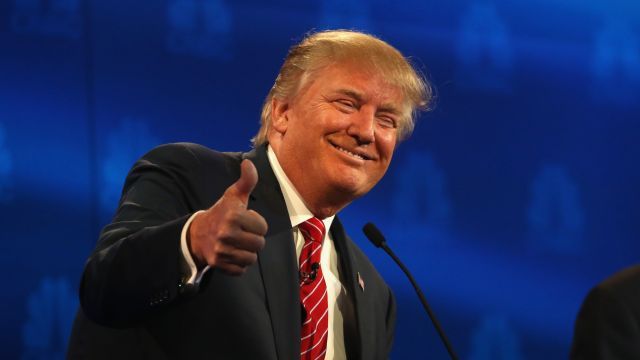 If robots could vote, Donald Trump would have a much easier time winning this election.

A new report on Twitter traffic during the first presidential debate found quite a few Twitter bots talking politics. And most of the bots were posting pro-Trump messages.

The study examined hashtags used by both Hillary Clinton supporters and Trump supporters. Researchers then separated out automated content by looking at Twitter accounts with a high level of traffic. Accounts that posted more than 50 times per a day were defined as highly automated.

In general, Trump supporters were more than twice as active as Clinton supporters.

And the researchers estimate about one-third of pro-Trump Twitter activity was created by algorithm, as opposed to one-fifth of pro-Clinton activity.

SEE MORE: Clinton Dominated First Debate, But What Does She Have To Show For It?

The study also notes robots are increasingly shaping the terms of political conversation. It notes, "Political algorithms have become a powerful means of political communication for 'astroturfing' movements — defined as managing the perception of grassroots support. Bots have become a means of managing citizens by going beyond simply padding follower lists to retweeting volumes of commentary."

It's not clear exactly whether Trump's campaign or his dedicated supporters are responsible for capturing the circuit boards and CPUs of Twitter's robot populace.

But Twitter hasn't been completely overrun with partisan robots just yet. The report also noted there were plenty of regular human voters talking about the debate with candidate-neutral hashtags.