Turns Out Robots Aren't That Great At Waiting Tables 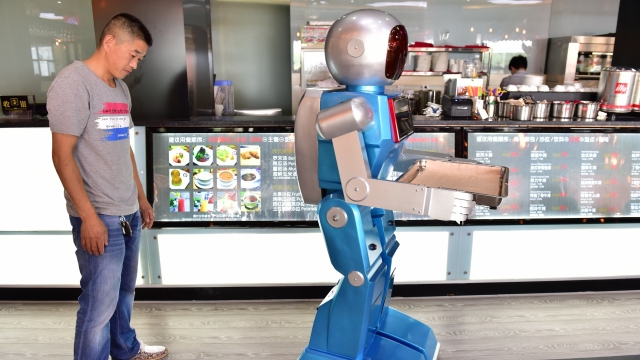 Robots can be programmed to do just about any job these days, from barista to surgeon to hotel concierge.

But it turns out our electronic friends might not make the best waiters.

According to a report from Chinese newspaper Workers' Daily, three restaurants in the city of Guangzhou were forced to fire their robot wait staff for "incompetence."

CBS quotes one human employee as telling the paper, "The robots weren't able to carry soup or other food steady and they would frequently break down."

Restaurant patrons also complained the robots weren't so great at pouring water and couldn't take orders from customers, which are both pretty essential skills for a waiter.

The robots' service was so bad, in fact, two of the Guangzhou restaurants using them actually had to shut down.

But that didn't stop yet another Chinese eatery — the Taste and Aroma restaurant in Guiyang — from rolling out its new robotic staff earlier this week. It's not yet clear how the restaurant is faring with its new mechanical employees.

This video includes a clip from Al Jazeera and images from Getty Images.