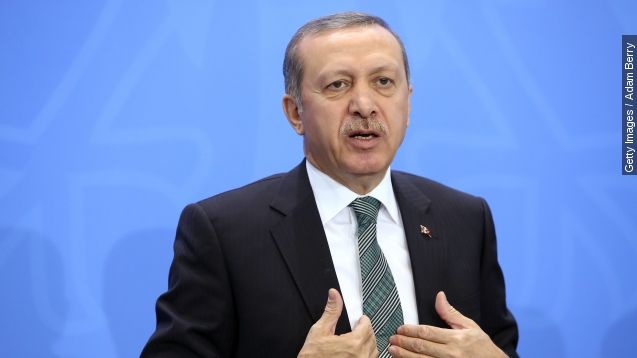 "There is no such thing as 'no presidential system in unitary states.' There are examples of this around the world. There are examples in the past, too. When you look at Hitler's Germany, you can see it there," he said in a translation of a press conference by Today's Zaman.

Probably not the best comparison to make.

Essentially, Erdogan wants to change Turkey from a parliamentary government to a presidential government. (Video via Ankara Bülteni)

But first he'll have to get Turkey's other political parties on board. (Video via Presidency of the Turkish Republic)

This video includes images from Getty Images and the Presidency of the Turkish Republic and music by Little Glass Men / CC BY 3.0.